Status of ITS resources

The recipient of the Big John Award is determined each year, based on a rubric, by the the results of 4-H Club Day and the number of club members.
A score sheet is below.  A plaque is updated each year and displayed in the Extension Office with the name of the winning Club.  The Morris County
4-H Foundation recognizes the winning Club at the annual 4-H Achievement Banquet.  The Flint Hills 4-H Club has won consecutively each year
since 2014. 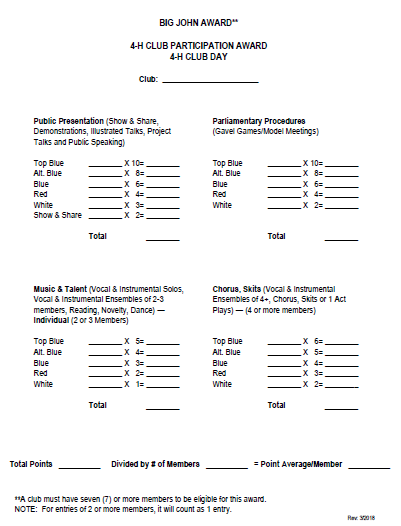 History of the 'Big John Award'

The annual Big John Award began in 1977, and was named for the Big John
4-H Club that had just disbanded at that time.  Big John 4-H Club was named after Big John Creek, which is in the eastern part of Morris County, where most members of that 4-H Club resided. 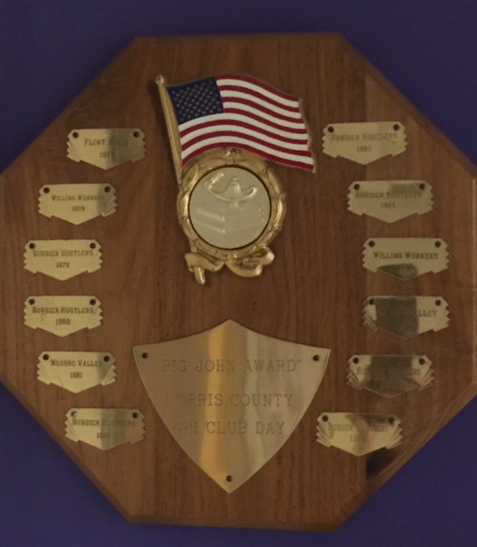